New Delhi: A jeera-flavoured fizzy drink may not make everyone’s tastebuds ‘pop’ in excitement, but back in the 1980s, RimZim had its own set of loyalists, who made it one of the top-selling drinks of that time. This was before Coca-Cola acquired the homegrown brand in 1994 and took it off the market, before relaunching it in 2018.

Today, not many millennials and Gen Z will probably recall the ‘chatpata’, desi drink, but after the exit of Coke from the Indian market in 1977 —  the company had refused to bow down to the Indian government’s provisions of the Foreign Exchange Regulation Act (FERA), 1973 — Indian consumers were left with few soft drink options to choose from. Among the pop picks at the time were Gold Spot, Campa Cola and RimZim.

“A soft drink was considered a luxury in those days. Not everyone could afford it,” said Ramachandran Mahesh, a retired Army colonel now working with a corporate house in Delhi and past RimZim loyalist.

Many, though, preferred its taste before the relaunch by Coke.

Pointing out how the original version of the drink was “way better”, a businessman in New Delhi, who first tried RimZim when he was around five years old in the early ’80s, told ThePrint: “I wish you could taste the original RimZim. It used to come in small glass bottles, around 200-250 ml in size, and had a unique way of appealing to the distinct Indian taste palette. The relaunched version, according to him, was a ‘pale copy’ of the original.”

Also read: Filmistan, studio that released many top grossing-films in 1940s-50s & then fell off the map

Launched by the Ramesh Chauhan-owned Parle — Chauhan is often referred to as the cola king — RimZim was a popular drink of the 198Os.

After Coca-Cola returned to India following the economic liberalisation of the 1990s, the foreign company acquired RimZim from Parle, along with some other beverage brands owned by the company, such as Thums Up, Limca, Maaza, Gold Spot and Citra, in 1994.

Since Coke was more into expanding mainstream drinks at the time, the focus was on Thums Up and Limca, rather than RimZim, which had a niche market. The jeera drink was therefore taken off the market at the time.

By 2012, however, the company was thinking about relaunching RimZim.

“Coke viewed India as a country which had demonstrated a love for the ethnic drink, whether it be a cola or one with an Indian twist like Thums Up and Campa and Dixie,” said brand strategist Harish Bijoor. “Coke wanted more than just Cola. RimZim offered a readymade variant which was a hit in the northern belt.”

In 2017, the masala soda category was estimated to see a growth of over three times in the next three-four years. PepsiCo and Coca-Cola were the two big organised players in the space.

The latter relaunched RimZim — in a new package and a spicier taste — in 2018.

“The drink was reintroduced in select states — such as Gujarat, Karnataka, Andhra Pradesh, and Odisha — where the market showed an affinity for it”, a beverage industry expert told ThePrint on condition of anonymity. It was also taken to Bangladesh by Coca-Cola.

The initial response to the new version was quite encouraging, according to the expert.

One such commercial, launched in May 2018, showed a shocked man staring at a boy buying dinosaur eggs from a grocery store. When he turns to his friend to check his reaction, the friend takes a sip of RimZim (probably the manufacture’s nod to the drink’s unexpected taste) before saying, “Atpata Nahi, Yeh to Chatpata hai”.

However, because of competition from other desi-flavoured drinks (such as PepsiCo’s Nimbooz masala soda, Bindu Fizz Jeera Masala, and Parle Agro’s Dhishoom Jeera Masala Soda, among others), RimZim started losing its niche market.

“RimZim was a taste that was regional. It continued to do well where it traditionally did well. A national rollout just could not work. In the bargain the brand fell through the slats,” said Bijoor.

For some time even after it disappeared from the shelves in most stores, the drink could be bought online from the site coke2home.com in six cities, including Ahmedabad, Bengaluru, Chennai, Gandhinagar, Mumbai and Hyderabad. But that option is no longer available.

The spiced soda can still be bought from the virtual grocery store, farms2fresh.

Also read: This 36-episode anthology was a launchpad for directors like Hansal Mehta, Anurag Kashyap 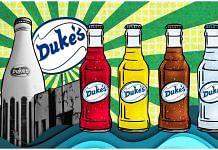 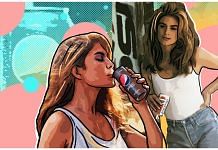 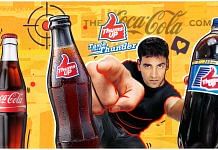