New Delhi: Just ahead of the 2003 Cricket World Cup, a fluorescent blue, berry-flavoured limited-edition cola by Pepsi hit the shelves of supermarkets across India. First launched in the US in 2002, Pepsi Blue was strategically marketed in India during the 2003 tournament as a gesture of support to the country’s blue-jerseyed cricket team, popularly referred to as the ‘Men in Blue’.

This was a markedly different strategy than the one employed in the West, where the drink was launched to rival Coca Cola’s new product at the time, Vanilla Coke. It even made an appearance in Hollywood movies like Garfield: The Movie (2004) and The Italian Job (2003).

In India, the soft drink giant capitalised on the cricket fever. Pepsi, which is the official drinks sponsor of the Cricket World Cup, was aiming for 4 per cent value growth through its various initiatives, including Pepsi Blue. “Our World Cup campaign is positioned to connect with cricket lovers across the country,” then PepsiCo India chairman Rajeev Bakshi had said.

The 2003 tournament was the eighth Cricket World Cup, co-hosted by South Africa, Zimbabwe and Kenya from 9 February to 23 March. Australia emerged as the winner of the tournament, beating India in the finals at the Wanderers Stadium, Johannesburg.

The launch of Pepsi Blue was accompanied with the iconic TV advertisement that starred Bollywood actor Shah Rukh Khan in a blue turban, while the tune ‘Rang de’ played in the background.

Former PepsiCo executives, who wished to remain unnamed, told ThePrint that the taste of the drink — which had been finalised after taste-testing 100 concepts over a span of nine months — was secondary and the primary aim of the company was to rally consumer excitement.

Since 1999, Pepsi has been the official soft drink of the ICC Cricket World Cup after taking over from rival brand Coca-Cola.

One of the biggest controversies during the 2003 tournament, other than the England team’s refusal to play in Zimbabwe, was when a family was escorted from a match for allegedly drinking cans of Coca-Cola.

However, despite the fan fare, Pepsi Blue did not attract a lot of customers and several media reports classified the drink as a ‘flop’ due to its low sales. A GQ India report noted, “Turns out, most people are quite averse to ingesting liquids which look suspiciously like kerosene (no matter how much fructose you ply them with) and Pepsi Blue died a natural death within a year or so.”

According to sources who were formerly employed with the company, Pepsi Blue sales boomed during India’s cricket matches and the product raked in 15 per cent of the total volume for February-March combined in 2003.

They added that the product served its purpose during the World Cup but was expectedly discontinued the next year because sales never picked up and Australia had also delivered a crushing defeat to India in the finals.

While it was common for brands to change their packaging for certain events or occasions, the idea of changing the colour of the product itself was considered bold.

This was also not the first time it used colourful, limited edition products to drum up excitement about the brand. In 2002, the company had launched a lemon-flavoured Pepsi Aha and the golden-hued Pepsi Gold was launched during the 2007 Cricket World Cup.

Pepsi had also attempted something similar ahead of the 2008 Beijing Olympics. It sold red Pepsi cans instead of blue to support China’s national sports team and designed the can according to the colour of China’s national flag.

As reported in the Wall Street Journal, the move tore apart the most traditional colour distinction between the world’s two largest cola giants: Red for Coca-Cola and blue for Pepsi.

Though, the can was a darker red and the Pepsi logo was displayed front and centre to make sure “brand-identification [was] crystal clear”. 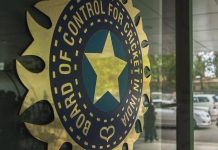 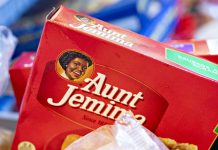 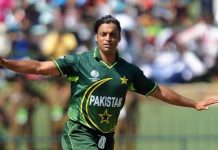 Sorry Shoaib Akhtar, India can’t raise funds with Pakistan for Covid-19. You are the ‘enemy’