New Delhi: In the recently-released web series ‘Scam 1992’ about the Indian stock market scam, the protagonist refers to a song ‘Ek Chidiya, Anek Chidiya’ while talking about unity as it plays on television.

The song, which was part of the National Award-winning 1974 animation film called ‘Ek Anek Aur Ekta’, may be unknown to millennials and Gen Z today, but for the 1970s and 1980s kids, it invokes instant nostalgia.

Delhi-based doctor Kausar Ismail could not stop smiling when she was asked about the song. “Kya yaad dila diya (what a memory you have reminded me of), it is playing in my head all over again.”

The seven-minute film was part of the then Indian government’s initiative to create short films with social messages and often aired on Doordarshan. And the song ‘Ek Chidiya, Anek Chidiya’ was about celebrating unity in diversity.

The video was scripted and directed by documentary filmmaker Vijaya Mulay and produced by animator Bhim Sen.

In an interview to The New York Times in 2012, Mulay said, “I am delighted that a film I made in 1974 still continues to be of interest to many.”

Interestingly, the production of the song was actually connected with NASA.

According to Mulay, it all started when Dr Vikram Sarabhai, who is often hailed as the Father of the Indian Space programme, wanted to develop a distance communication satellite technology in India.

Sarabhai managed to convince NASA to allow India to use their Applications Technology Satellite (ATS) for the Satellite Instructional Television Experiment (SITE), a project aimed at bringing educational programmes to rural India.

“I was representing my ministry on the coordinating committee for SITE. It was decided that in the SITE experiment of one year, apart from experiments with hardware, software programming would be undertaken to promote developmental programs in health, agriculture and education. The programming for health and agriculture was undertaken by Doordarshan,” Mulay said.

While working in the education ministry, she took up a two-month assignment with UNICEF and made a film each on numeracy and literacy. The first program was titled “Ek, do” and the second one was called “Na”.

“By then NCERT (National Council of Educational Research and Training) had set up its institution of Center for Educational Technology, and I was appointed as its head. I then took up the project of making the remaining film relating to the affective side of child development. This is how the film ‘Ek Anek Aur Ekta’ got done.”

Mulay wanted to communicate the message of how India’s strength lay in its diversity.

“I wanted them to relate it to their own experience. So I wrote a script that children would understand and enjoy,” she said.

Her daughter, actor Suhasini Mulay, recalled how popular the short film was at the time and continues to be.

“My mother was travelling via flight some 10 years ago. A young man sitting beside her opened his laptop and started listening to ‘ek chidiya anek chidiya’. My mother was surprised, and when the guy got to know that she was the creator of the animation, he was elated,” she told ThePrint.

The song still invokes a strong sentiment in several people, particularly because it was about a concept that has become somewhat banal in today’s time.

Hena Kausar, a Delhi-based literary group moderator and educator, noted, “That was the time when we talked about this concept more than ever. I am a teacher currently and by what I have observed, we don’t talk about it enough. Either people ignore it, or it has become too cliched.”

For others, it is a reminder of simpler times.

“Simple and effective animation by Bheem Sain. Relatable and suitable music, it builds the idea of unity in diversity slowly as the narrative progresses and in such a simple style that it impacted the minds of very young people in those times, the way it did for me”, recalled Chander Verma, an author and academician.

“I still wish, things could be that simple and relatable in today’s world. Today, it seems we are living somebody else’s dream,” he added.

Verma also noted that the message that the video wished to propagate was very effective.

“At that time, national media was teaching this. They were telling why a country like India should believe in this idea and TV was a very powerful tool those days. Hardly one or two channels, and people used to enjoy ads too. So everything broadcasted was taken on merit and the impression on viewers was effective,” he said.

For Suhasini Mualy, the song has continued relevance. “It was needed even then, but it is more relevant today. There were prejudices against minorities even then, but today it has got an official sanction. We need to communicate the message of ‘unity in diversity’ more firmly.”

Most of all, it was the video’s simplicity that ultimately won the hearts of many.

Kausar said, “The message was very distinct and well-conceptualised that even young kids could understand the difference between ‘Ek aur Anek’ (one and many).”

According to educators, the film continues to be a brilliant example of how creativity can be a part of education.

Sarita Sharma, co-founder of TheTeacherApp and former teacher at Delhi’s Sardar Patel Vidyalaya, told ThePrint that the film’s story was also part of textbooks, so listening to a song based on a story from a school textbook used to be a pleasant experience.

The song was recorded by then-six-year-old Sadhna Sargam, who went on to become a successful singer in the Hindi film industry. The film won the National Film Award for Best Educational Film as well as the Best Children’s Film award in Japan. Trump wanted to send US back to the moon. Instead, he is leaving a mess Behind at NASA 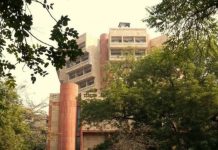