New Delhi: Divyashree Thacker, 25, absolutely despises queues. She used to read Harry Potter after her friends dutifully gave her all the spoilers because she couldn’t get herself to stand in line for the books. She even said no to an iPhone when she was a teenager because of her aversion to waiting in a queue.

But if Cadbury Bytes is ever re-launched, Thacker swears she’ll camp outside the Cadbury factory to get the first batch, no matter how long the line is. And the senior ad producer based in Mumbai, is quite sure of the long lines that nostalgic kids from the 1990s and early 2000s will form to get their hands on the snack.

Cadbury Bytes were a packet of tiny wafer pillows with the characteristic Cadbury chocolate filling inside. Or as one description notes, they were “little parcels of Cadbury filled heaven“.

The taste was unique and is still vivid in people’s minds, almost a decade later.

Launched in 2004, Bytes combined two great loves — sweet and snack — and for many, it was both the best snack in town as well as the best chocolate.

Nishant Mathur, a Jaipur-based businessman says the snack was “one of his horcruxes” — a throwback to the Harry Potter world where Lord Voldemort, the series’ villain, divided his soul into seven objects to become immortal.

For Suhasini Garg, founder of the online store ‘Mom ‘n Daughter’, Bytes was the foremost chocolate. “Honestly, Dairy Milk and other chocolates have nothing over Bytes.”

“It was crunchy on the outside and chocolaty on the inside, like the mini version of chocolate sticks but 100 times better,” she tells ThePrint.

Not just the taste, the overall packaging of the sweet snack also really appealed to kids at the time.

“What I loved most was the packaging, yellow and the Cadbury purple. I used to buy it a lot after school and if I’m not wrong, it was slightly expensive for that time (for a 10 to 12-year-old) so I would find different excuses to take money from mom, because she would not have approved of me eating them all the time,” Thacker says.

Why the snack was discontinued

When Bytes was first launched, it established a new category of ‘sweet snacking’. It was available in various flavours — choco crunch, coffee and strawberry — and had been tailor-made for the Indian market.

However, in 2010, after Kraft Foods took over Cadbury, there was a de-prioritising of low margin business. Bytes was no match to the kind of market Frito Lays commanded and there was constant pressure on the gross margins.

Kraft also spent most of its effort in marketing iconic products such as Oreo cookies and Tang, instead of pushing resources into an indigenous brand such as Bytes.

Therefore, the snack was doomed to a slow death. At first, the supply reduced, then it was available only in a handful of shops, and then it was gone. While the exact date or year of operations shutting down is not clear, by mid-2011 it had disappeared from all stores.

Petitions to bring Bytes back

But the snack lives on, in the memory of several kids from the 1990s and 2000s, who harbour deep resentment against Cadbury for discontinuing it.

Garg laments that whoever was responsible for this cardinal sin has “a special place in hell reserved for them”. There are also several petitions pending on Change.org, demanding a comeback of the snack.

Shubham Singh, who works for a Noida-based startup, argues that the sentimentality associated with the snack is not the only thing that warrants a comeback, it makes good business sense as well.

“When Bytes was launched, Cadbury targeted young adults to offer them a sweet snack alternative, but it was liked by kids more. Those kids are now all grown up and now have the money to spend. Bring it back, you have a huge target base to sell to, makes strong business sense,” he tells ThePrint.

Online demand to resurrect past products have worked in the past — a prominent instance is the reintroduction of Rola Cola by Parle.

The sustained popularity of Bytes, even after all these years, is not lost on Cadbury.

In 2019, some reports suggested the company is seriously considering bringing the snack back from the dead.

Now that all those who enjoyed the snack as kids are in their 20s, and the first batch has even entered their 30s, Cadbury could be pleasantly surprised by the response to this universally-loved snack.

Also read: Rola Cola is back, thanks to the power of nostalgia, social media and a sweet price-point 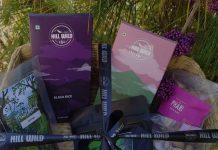