New Delhi: Almost every Indian home has had an Ajanta clock grace their walls at some point of time. Founded in 1971, by Odhavjibhai R. Patel, Ajanta is the world’s largest manufacturer of wall clocks.

Even now, 50 years since the company’s founding, Ajanta wall clocks are integral to most Indian households.

For 45-year-old Rita Baruah, a school teacher, it’s been full circle with the Ajanta group and their clocks.

“Even as a child, we only had Ajanta wall clocks, somehow it was the go to brand for clocks. Now, in my own home, where I have moved into after being married, I have three wall clocks and all are from Ajanta. It’s been like a whole journey with the brand,” Baruah told ThePrint.

According to Divya Yadav, 58, Ajanta clocks have kept up with the times and therefore, have a loyal customer base.

“Ajanta wall clocks have evolved over the years. They have created wonderful designs, forcing consumers like us to keep sticking around. I still remember the excitement when a beautifully furnished wall clock was brought into our home,” Yadav, a retired civil servant, said.

The most recent design released by the company is that of a ‘air pollution index clock’ that also displays the air quality index. This was created keeping in mind the concerns over the pollution levels across India and overseas.

Odhavjibhai R. Patel first started the company, 50 years ago, with an investment of just Rs 1 lakh. Since then, it has come a long way. The Ajanta Orpat group — which is also the largest manufacturer of hand blenders, room heaters and calculators in India — registered a turnover of Rs 1,200 crore in 2019.

Odhavjibhai and his son Pravinbhai Patel were also the first to bring the quartz technology to India after a visit to Japan in 1975. Quartz clocks use an electric oscillator regulated by a quartz crystal to keep time. With this technology, clocks no longer had to be winded.

Soon, the company launched Ajanta Quartz and India’s first quartz clock, called ‘Janta’, was launched in 1985-86 and gained immense popularity in the market.

As of 2021, the company has around 450 depots and 50,000 retailers for Indian markets and also serves 45 other countries across the globe.

However, it was under Nevil Patel, the third-generation member of the Patel family and an engineering graduate from the US, that Ajanta-Orpat group’s turnover reached Rs 1,200 crore in 2019-20.

During the nationwide lockdown last year due to the Covid-19 pandemic, Patel noted that not a single employee was let off.

“We resumed work sooner than metro cities because ours was in a green zone with 30 per cent workforce, maintaining all social distancing norms. We didn’t delay any payments or salary cuts during the lockdown period,” Nevil told ThePrint.

Also read: From Amitabh Bachchan’s Coolie to Tata Nano & the tricolour — see India through a matchbox

One of the interesting facts about the company is the large female workforce it employs.

In the 1980s, Nevil’s father, Pravinbhai Patel could not find people to work in his factory since the men in Saurashtra were busy with agriculture while others migrated to south Gujarat to work in the better-paying diamond-polishing business.

It was then that Pravinbhai decided to employ women in his company; now they make up 95 per cent of the total workforce of 5,000 employees.

He had travelled to nearby villages to convince the village leaders and the families to send their daughters to work. However, it wasn’t an easy task.

The family then decided to set an example and Pravinbhai encouraged his wife Vanitaben to join the company. She was the first woman employee in Gujarat’s Morbi city.

After Vanitaben joined the company, Patel managed to convince women and their families from villages, within a 65km radius, such as Paddhari, Tankara, Maliya, Dhrol and Morbi and they began working at Ajanta.

The company provides bus transportation to all these employees. They are driven by the women themselves on designated routes every morning.

“The women learnt discipline, value of time and how to make money working at the factories. All these learnings help them in running their family and dealing with their family members and people around. This has helped make society better,” Odhavji Patel had said about his workforce.

According to Nevil, the company wouldn’t have reached its position today without the female workforce, both in manufacturing and management.

“From my mother to every female employee that we have now, they are the backbone of the company,” he said.

“The company stands strong due to its female workforce. When my grandfather and father had set out to introduce women into the company, it was extremely difficult to deal with the stigma and societal pressure but they remained undeterred. In the 80s, women wouldn’t set out to work as much even in big metro cities and here ours was a small city, 60 km from Rajkot,” the director told ThePrint.

He added: “My mother started working at the age of 28 and now we have effectively empowered a lot of the women of nearby towns and villages.”

Vanitaben, 64, now looks after the trusts and other charitable organisations under Ajanta. 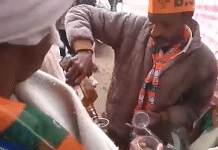 Viral clip of man distributing alcohol not from poll-bound Gujarat 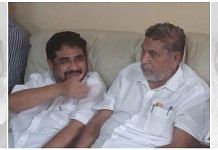 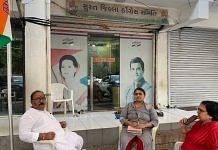