Even in these hard and strange times, Christmas will be celebrated and traditions upheld. And for many British households, Christmas dinner would not be complete without a Christmas pudding – traditionally served with brandy sauce, brandy butter or custard.

The Christmas pudding originated in the 14th-century as a sort of porridge, originally known as “frumenty”, which bears little resemblance to the dessert we know today.

It was originally made with hulled wheat, boiled in milk, seasoned with cinnamon and coloured with saffron. It was associated with meatless days, lent and advent and was often served as a plain dish. But there are a variety of recipes which included additions such as beef, mutton, raisins, currants, prunes, wines and spices.

In some instances, this was the staple food for Christmas eve, although in Yorkshire it was eaten first thing on Christmas morning. In the 17th-century changes to the recipe were made. It was thickened with eggs, breadcrumbs, dried fruit and beer or spirits were added – and came to resemble something a bit more like a sweet pudding. However, it was the Victorians who fine tuned the recipe into the Christmas pudding many of us enjoy today.

A Christmas pudding should have 13 ingredients – that represent Jesus and the 12 disciples. Traditionally, these ingredients include: raisins, currants, suet, brown sugar, breadcrumbs, citron, lemon peel, orange peel, flour, mixed spices, eggs, milk and brandy. Brandy is also traditionally poured over the pudding and set alight. The flaming brandy is said to represent the passion of Christ.

Christmas puddings were traditionally boiled in a “pudding cloth”, although today are usually steamed in a bowl. Presented on the table with a sprig of holly, they are then doused in brandy and set alight.

Trinkets were always included in the traditional pudding. As a child I still remember the excitement of waiting to see who was going to find the sixpence. Whoever found the coin was believed to have good fortune over the coming year.The last Sunday before Advent became known as “stir up Sunday”. This was when the ingredients of the pudding would be assembled and stirred up in a bowl with a wooden spoon (representing the manger) from east to west – symbolising the journey taken by the three wise men. Traditionally, every family member stirs the pudding three times and makes a secret wish.

Also read: All I want for Christmas is a Hollywood blockbuster

Although the Christmas holidays can sometimes feel a little unhealthy – with a lot of sitting around and excessive food consumption – the ingredients that makeup a Christmas pudding are actually pretty nutritious.

Traditional Christmas puddings consists of fibre rich ingredients, such as fruits, nuts and currants. Dried fruits are rich in fibre, enzymes, polyphenols (substances with a high antioxidant activity), vitamins and minerals. Sultanas, currants, apricots and pears are highly nutritious and packed with essential potassium and iron. And although dried fruits can contain a lot of sugar, they have a lower glycemic index value so don’t impact your blood sugar in the same way as other sweet treats.

Raisins are also rich in antimicrobial compounds, fibre and iron. These compounds lower the risk of heart disease and can relieve constipation. Prunes too can also aid with digestion, relieve constipation, reduce inflammation and protect cells from free radical damage.

Walnuts, hazelnuts, pecans and almonds can also be added into the mix and these all come with a range of health benefits – from lowering cholesterol levels and reducing heart disease risk to delivering high levels of vitamin E, polyphenols and melatonin.

The mixed spices, cinnamon, ginger, cloves, pimentos (or all spice) in a Christmas pudding are also an incredible source of aromatic antioxidants. Spices aid digestion and have anti-inflammatory and anti-bacterial properties. They can supposedly even help to reduce bloating, cramps and nausea – key if you’ve been overdoing it a bit.

There is one secret ingredient often overlooked but included in many recipes – the carrot. Rich in beta-carotene, which the body utilises to produce Vitamin A, carrots are good for lowering cholesterol levels and, yes, for the health of your eyes.

Although a British tradition, the Christmas pudding is eaten in various countries including Australia and South Africa. The Canadians also have a version which includes potatoes alongside the carrots.

The Christmas pudding even makes its way into literature, with Charles Dickens’ Christmas Carol making reference to it. Then there is the case for Agatha Christie’s Hercule Poirot to solve in which he is advised to avoid the plum pudding – another name for the Christmas pud.

One well known fact about the Christmas pudding is that there always seems to be some left over after Christmas day. In fact Christmas puddings of the past could last up to a year, so it was often shared out. Indeed, in 1885 a British newspaper reported the joyful consumption of a plum pudding – sent overland via special envoy from Tehran — to a group of British soldiers stationed in northwestern Afghanistan.

If you don’t fancy posting a pudding there are a number of ways you can share and use the leftovers – with a whole host of recipes from Christmas strudel to a black pudding breakfast replacement. Another firm favourite is Christmas pudding ice-cream – simply mix pudding with vanilla ice cream and enjoy! 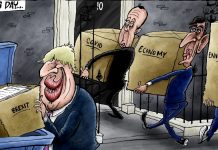 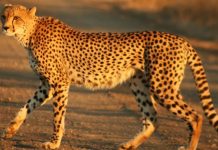 Why India’s plan to reintroduce cheetahs can run into problems