New Delhi: World Bank economist Deepak Mishra was appointed as the next director and chief executive of India’s leading think-tank Indian Council for Research on International Economic Relations (ICRIER) Monday. The move comes at a time when several other economic policy think-tanks have witnessed a change in their top leadership.

The National Council of Applied Economic Research (NCAER) has also announced a selection process for a new director general, who will take over after incumbent Shekhar Shah’s term ends in 2021. The think-tank hasn’t specified when exactly Shah’s term ends.

In June 2020, former RBI governor Urjit Patel was appointed chairman of the National Institute of Public Finance and Policy (NIPFP), a think-tank that works with the government on policy reforms. Patel was appointed after economist Vijay Kelkar finished his term.

In the same organisation, Rathin Roy, former member of the Prime Minister’s Economic Advisory Council, quit his position as director in June 2020, and was replaced by economist Pinaki Chakraborty.

Before Deepak Mishra’s appointment, the think-tank was headed by Rajat Kathuria, who served as director and chief executive since September 2012.

Currently, Mishra is a practice manager in the World Bank’s trade and investment practice for East Asia and the Pacific region. He has also served as World Bank’s country economist for India from 2001 to 2003. Mishra worked closely with state governments such as Andhra Pradesh, Bihar, Karnataka, Maharashtra and Punjab.

He received his MA in economics from the Delhi School of Economics and his PhD from the University of Maryland.

NCAER has announced the selection process for a new DG with Shekhar Shah’s term coming to an end. Before joining the NCAER in January 2013, Shah was the World Bank’s Regional Economic Advisor for South Asia. He received his BA in Economics from St Stephens College, Delhi University, and his MA and PhD in economics from Columbia University.

The NCAER is now looking for a candidate with over 20 years of professional experience in public policy, multilateral, research management and policymaking roles.

Founded in 1976, the NIPFP is a research institution that specialises in public economics and policies. The think-tank contributes to research in areas of revenue and taxation, fiscal management, public expenditure, macro-economic policies and fiscal federalism.

Before joining NIPFP, Urjit Patel had served as RBI governor, quitting in 2018 after a long public clash with the Narendra Modi government over transfer of capital reserves, classification of NPAs and lending curbs placed on weak banks. However, Patel had cited “personal reasons” in his resignation letter.

Patel is expected to have a four-year term as NIPFP chairman, as is typical for the post. However, his predecessor, Vijay Kelkar, had a slightly longer tenure, having been appointed chairman on 1 November 2014. Kelkar was chairman of the 13th Finance Commission before taking over the NIPFP. He also served as an adviser to the finance minister in the Atal Bihari Vajpayee government.

Rathin Roy, meanwhile, quit his post as director of NIPFP in June 2020, having begun his tenure in May 2013.

In September 2019, he had been removed from the PM’s Economic Advisory Council.

His successor, Pinaki Chakraborty, was the chief of social policy at UNICEF prior to his appointment as director of NIPFP. 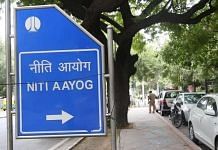 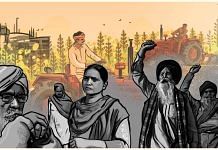 Ubalta Punjab: How top state fell to 16, rising to broken & why Punjabis are forever furious 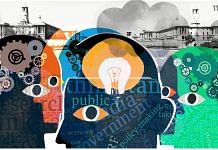