Any digital system built to deliver social protection to citizens must accentuate the benefits of digitisation for citizens while suppressing any harm to them. 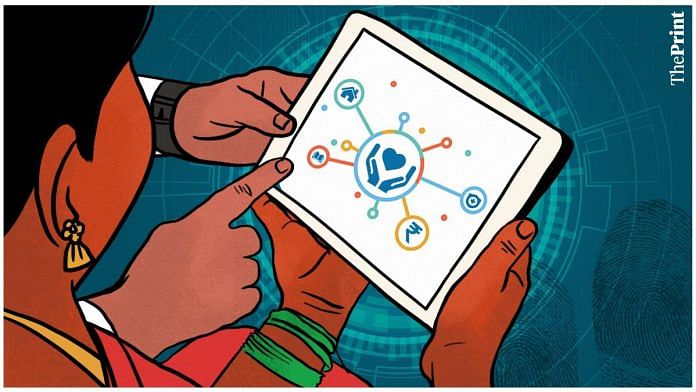 Over the past few years, multiple state governments have deployed digital platforms for social protection that allow citizens to access welfare schemes from different government departments through a single window. The Samagra platform in Madhya Pradesh and the Jan Aadhaar system in Rajasthan are good examples.

These platforms, called Social Protection-Open Digital Ecosystems (SP-ODEs), bring welfare services to citizens in the same way that e-commerce platforms host all functionalities (purchases, payments, grievances) for the customer. SP-ODEs promise convenience and transparency for citizens, and cost-savings and process efficiency for administrators.

Past experiences demonstrate how the promises of digitisation are closely accompanied by a variety of risks to citizens. For example, digitising welfare payments through the Direct Benefit Transfer (DBT) system reduced widespread leakages in physical cash distribution systems.

However, it also created a new set of issues directly impacting citizens. Data protection concerns arose from the need to collect and store Aadhaar numbers and banking information. We foresee that similar risks will persist in the transition to SP-ODEs, and administrators should take all possible steps to prevent them.

Therefore, any digital delivery system built to deliver social protection to citizens must accentuate these benefits of digitisation for citizens while suppressing any harm to them. To do so, SP-ODEs should be built around the needs of citizens. That is, they should be citizen-centric in their design and implementation.

Also read: Can financial decisions be free of emotion? Why it’s not the case in Indian households

What do we mean by citizen-centricity?

Citizen-centric SP-ODEs will account for and eliminate the common risks citizens face while accessing their benefits. Research suggests that by being inclusive for the most marginalised, by protecting the vast swathes of personal data collected from citizens, by enhancing the ease with which citizens access social protection benefits and by instituting accountability measures, SP-ODEs can become citizen-centric.

To sharpen the focus on these four components of citizen-centricity, we replay a scene that recently unfolded in the Chitrakoot district of Madhya Pradesh.

Earlier this month, an enrolment camp was set up in the district’s social welfare office to entertain applications and grievances for social pension schemes. Citizens waited outside with copies of their identity documents. Each person’s concern was unique — some were applying for pension benefits, while others were trying to identify why their payments were held up. The citizens discussed their experiences and provided each other with information — what documents they had brought along, how long the camp was functional, and so on.

From this scene, we unpack the four components of citizen-centricity:

Ensuring nobody is left behind — making SP-ODEs ‘inclusive’

While the same services are available online, the Chitrakoot camp drew a sizeable crowd. Our fieldwork, too, indicates that people prefer to approach enrolment camps, Common Service Centres, and panchayat offices for their social protection needs.

This is not surprising, given that only 31 per cent of rural India are active internet users. In this case, providing offline touchpoints as an alternative to digital-only systems enhances access for those who cannot access digital modes.

Designing SP-ODEs for the most marginalised citizens will ensure that they, by default, work for those better off. Inclusive SP-ODEs would have offline touchpoints, application forms in vernacular languages, and processes friendly to persons with disabilities.

Citizens queuing up with identity documents (Aadhaar, PAN, MGNREGA etc.) is a common sight at such camps. These IDs help citizens verify their identities and establish their eligibility for welfare schemes.

Nowadays, most SP-ODEs offer a universal ID, such as the Jan Aadhaar ID (of Rajasthan), to register for any scheme in the state. These IDs are generated after collecting existing IDs and other personal data, such as information about family members. This makes SP-ODEs sensitive personal-data-rich systems. This personal data needs to be protected to uphold citizens’ right to privacy. Further, misuse of personal data could also cause citizens to lose their benefits.

The next component of citizen-centricity emphasises responsible use of citizens’ personal data. For example, this would require digital systems to implement strong privacy policies and data security and use artificial intelligence responsibly.

One among the crowd lamented that he had been visiting the camp every day for the past week, seeking a signature for a stalled application. His experience is typical of citizens’ interactions with the social protection machinery. The time, cost, and effort involved in multiple visits to government offices make the process tedious and confusing.

Digital systems present additional challenges. In the past, communication from digital systems has taken the form of error codes and often with no guidance on how they might be remedied, leaving new-to-internet beneficiaries completely clueless about the status of their benefits.

This component of citizen-centricity requires that citizens be able to interact with the SP-ODE with ease. An efficient SP-ODE might encourage clear communications with the citizen or automatically escalate unresolved grievances, reducing the citizen’s burden of information discovery.

Longtime pensioners at the camp did not know why their benefits had lapsed. This lack of information directly impedes their ability to hold the system to account.

Just like market competition disciplines sellers, SP-ODEs need mechanisms that can discipline administrators and service providers to address the power imbalance between them and the citizens.

The final component of citizen-centricity — accountability — would empower citizens to ensure SP-ODEs keep working for them.

Allowing the citizens to rate the performance of the administrators at the last mile or enabling citizens to escalate their grievances could help them hold the system to account.

The article is part of our new series of financial explainers in partnership with Dvara.

Also read: From digitisation to platformisation — how social protection schemes can be made more accessible