“That’s never happened before because no company was offering it… There is a clear demand from customers who want to move to these vehicles,” Varun Dubey, the head of marketing at Ola Electric, told ThePrint.

While Ola Electric will soon begin manufacturing its scooters and begin deliveries, another Bengaluru-based company, which has been around for longer and largely kept a low profile, has quietly raced ahead of the pack.

The company, Ather Energy, was launched in 2013 by Tarun Mehta and Swapnil Jain, both IIT-Madras graduates, at a time when EV manufacturers had to contend with wary customers, dependence on imports, and a lack of investment.

The firm’s breakthrough, Mehta told ThePrint, came with the launch of the Ather 450 in 2018.

“In 2018 when we launched, there was a phenomenal response; people absolutely loved it,” Mehta told ThePrint. “From two cities, we are now roughly present in about 14-15 cities and we are eyeing cities up to 1 every week so we will be present in about 50 cities by the end of this year.”

There was evidence of that growth when ThePrint visited Ather Energy’s experience centre at Bengaluru’s Indiranagar on 15 July. Customers were steadily filing in through the doors, and the company executives were constantly on their toes.

Right outside the store, were a few of Ather Energy’s new generation of scooters — all being “refueled” through the electric charging points in the wall.

The company’s numbers also reveal its rise in the past couple of years.

Ather Energy’s revenues increased from Rs 11.7 crore in the 2019-20 financial year to Rs 48.8 crore in 2020-21 fiscal. The company is now poised for hockey stick growth (sudden and extremely rapid growth after a long period of linear growth).

During their time at IIT-Madras, Mehta and Jain had been excited by prospects in the energy space. “From 2009 itself, Swapnil and I have been calling ourselves Ather. We’ve been excited about the lingo,” Mehta said. “We spent a few years in college trying to build a few things but that never really took off.”

According to Mehta, while the technology was in place, “the right products were just not out there”.

“The Indian (scooter) market back then in 2014 was basically Honda Activa. They were 70-80 km/hr and electrics could only go up to 25 km/hr,” he said. “So we decided to start with batteries for all the coming array of electric vehicles.”

Soon enough, however, the duo decided to make the turn to building a “complete product”. And so, the Ather electric scooter was born.

Also read: You thought Tesla was the king of EVs? Obviously you haven’t heard of the Hongguang Mini

The company started off with a $65,000 investment received from the Technology Development Board under the Department of Science & Technology, IIT Madras, and Srini V. Srinivasan, founder of Aerospike.

In 2014, it was backed by Flipkart co-founder Sachin Bansal. Two years later, it found another big investor in Hero MotoCorp.

According to Mehta, the company had decided early on to build most of the scooter’s components in-house. These included battery packs, chargers, and the dashboard.

“We knew that we couldn’t just put components together; this is the model followed by the manual, automotive industry… So the next four years, from 2014 to 2018, were spent in architecting and stabilising the product,” he said.

But, as many EV manufacturers would tell you, a standalone vehicle in an ecosystem where fuel-based vehicles dominate has little potential.

Along with optimising its product and scaling up, Ather has been busy extending the scope of its “charging grid”. The company has set up around 130 charging points around the country until now and is adding 20 to 30 points a month.

Within two-and-a-half years, Ather grew beyond Bengaluru and Chennai to about 14 cities. But the company’s turn towards this scale production has been a hard one.

“Cost re-engineering is a tough exercise. In some cases, the cost is just a function of scale,” said Ravneet Singh Phokela, the Chief Business Officer at Ather Energy. “But this wasn’t that; we had to look at a lot of value to optimise the product architecture, where the redundancies were. The bigger changes were made in the engineering side, which took a long time.”

According to Tarun Mehta, the shift to positive unit economics, that is the point at which each scooter itself was no longer costing the firm money, “almost broke the company”.

“The hardest part after 2018-2019 was to get the general economics in the right place and it was hard because it required a lot of belief and conviction when you do not have any proof for it since nobody else has achieved something like this and survived to tell the tale,” he said. “So changing the unit economics, while improving the quality and performance of the vehicle was just spectacularly hard.”

Since it first launched the 450 in 2018, the company is now looking at hockey stick growth. Even as its revenues have reached Rs 48.8 crore in FY20, last November, in the most recent round of funding, Ather Energy managed to raise $35.1 million, which included an investment of $23 million from Sachin Bansal and $12 million from Hero MotoCorp.

“Our sales in Bangalore have more than tripled since we launched 450X; Chennai has also tripled,” Mehta said. “Overall, we are selling about 10 times more than what we were selling last year.”

Ather Energy’s journey has been analogous to that of the electric vehicle industry in India, which is now fast emerging as a sunrise sector.

According to some forecasts, the industry is likely to see an average annual growth rate of 26 per cent over the next few years.

Customer demand, most companies agree, has especially seen a sharp rise due to the skyrocketing prices of petrol, increasing urbanisation and pollution.

Additionally, subsidies by the central and state governments are also said to have propelled supply. This includes the second phase of the Faster Adoption and Manufacturing of Hybrid and Electric Vehicles (FAME-II) scheme, which aims to boost the market for electric buses, three-wheelers, two-wheelers, and cars by way of incentives.

According to the founders of Oye! Rickshaw, an electric rickshaw aggregator, these factors when coupled with the development in the technology will further expedite the move towards EVs.

“The culmination of global technologies in 2021 will result in the advancement of battery charging technology leading to lower downtimes, and the price drop of batteries which will expedite EV adoption. This effectively solves the two key bottlenecks in the rapid adoption of EVs,” Mohit Sharma and Akashdeep Singh told ThePrint.

But the industry continues to be plagued by several challenges.

Firstly, according to Phokela, while EVs are no longer perceived to “be a compromise”, the market has lacked players invested in building products that are a credible substitute for petrol vehicles. “This means that if someone has to move away from petrol vehicles, the choice is still limited,” he said.

Phokela also said that the increase in competition is an expected phenomenon given the tailwinds that the industry is seeing. “Our big problem isn’t competition, or who else is there, our big problem is how to solve our supply chain and scaling for that, because there’s more demand in the market than any company can supply, collectively in the industry we have that problem. Sure Ola will do what they do and we will do what we do… Everyone is growing and so are we,” he said.

“In the earlier phase we had acknowledged that we can’t find EV experienced talent, but can we at least find people who have experience in new product development… Now the system has adapted,” Mehta said.

Ola Electric’s Dubey said most companies in the space shy away from going big too fast.

“So many people are trying to start small and then build up to scale. That’s where all these issues start cropping up,” he said. “When you start at scale, you know, that completely changes the dynamics. That’s when you will get the entire ecosystem excited, which will then allow you to make a much more compelling product.”

Mohit Sharma and Akashdeep Singh listed out other issues including the lack of adequate charging infrastructure, dependence on imports owing to the lack of lithium for the batteries, and the constricted number of banks offering loans.

But, as Phokela and the others noted, the industry is now getting a tailwind it has never seen before, and given the right ingredients, scooters like the ones by Ather could soon come to dominate the two-wheeler industry.

Also read: Lack of this technology is a reason why there are not enough green vehicles on roads yet 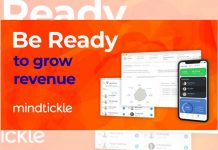 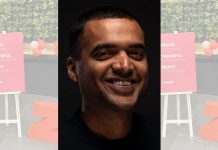 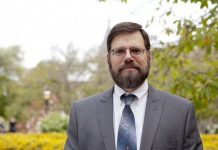