New Delhi: Finance Minister Nirmala Sitharaman on Friday said the economy reflating at a rate faster than previously expected is not just due to pent up demand but also because of additional demand coming in, and the recovery will sustain.

Without delving into the budget she will present in two months, she said the government and the Reserve Bank are coordinating for a quicker economic recovery.

She also said the uptick in inflation, which held back the RBI from cutting interest rates on Friday, was seasonal and she was not overtly worried about it.

“The blip in inflation particularly of food items will ease out. I don’t see this inflation, particularly on food items, continuing where it is, it will come down,” she said at the HT Leadership Summit.

The shallower-than-expected contraction in GDP at (-) 7.5 per cent in the July-September quarter has been attributed by some analysts to pent up demand for the lockdown period and the festive season. They assume the recovery will flip once the festival season is over.

However, Sitharaman said the consistent Rs 1 lakh crore GST collections for two months and expansion plans of industry in core sectors indicate that there is additional demand in the economy.

“I am not sure if just the pent up and festival demand will explain the more than Rs 1 lakh crore collection in GST for two months… I’m also talking to various industry leaders who are looking at capacity expansion.

“Core sector industry cement, iron and steel are all going towards expansion. It is an indication that additional demand is coming in. It is not something that is pent up or festival driven demand. It is likely to sustain,” she emphasised.

The RBI on Friday also revised its growth outlook, seeing a milder 7.5 per cent contraction in the fiscal year to March 2021 as opposed to its October forecast of a 9.5 per cent shrinkage of the GDP.

This after a shallower-than-expected decline in the gross domestic product (GDP) in the July-September quarter.

India entered a technical recession last week — it was the first time in decades that Asia’s third-largest economy saw two consecutive quarters of contraction. A coronavirus lockdown between late-March and May led to a collapse in private consumption and investment demand as well as significant job losses, which further curtailed spending.

Sitharaman said the fiscal deficit in the current fiscal to March 2021 will certainly be higher than the one projected in the budget for 2020-21. She, however, did not give specific details.

On inflation, she said “I am actually not worried about inflation to the extent that there are seasonal ups and downs in prices and commodities where we are seeing hike in prices are largely seasonal.”

She said fruits and vegetables, and edible oil are seeing seasonal fluctuation and the government is taking a conscious call to fill in supply-level shortages through imports and sorting out logistical constraints.

The RBI earlier in the day said retail inflation is likely to remain elevated at around 6.8 per cent in the third quarter of the current fiscal.

The minister further said the RBI and finance ministry have to maintain a continuous balance to revive the economy and sustain the growth momentum.

“These are not small, black and white situation. There are issues where a lot of calibration and coordination with RBI will have to be worked out and we are continuously doing that,” she said.

“Proper recovery is possible from next year,” she added.

Sitharaman also said the farm reform legislations were brought after elaborate stakeholder consultations and a lot of homework and these laws will benefit farmers.

She said the agriculture minister is meeting agitating farmers with an open mind and hoped a solution is found soon.

The minister added that national and regional parties have all said at different times that these reforms were long awaited.

“Many parliamentary committees have discussed some aspects… It’s not something which is just done in a jiffy. They have gone through grind for sometime,” she said. 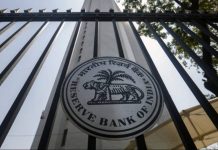 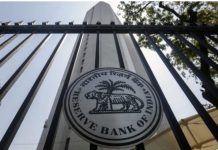 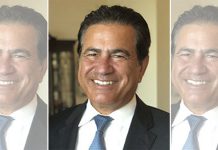