New Delhi: The government’s disinvestment process inched ahead Monday, but is likely to fall substantially short of the Rs 2.1 lakh crore full-year target set in the Union Budget.

The government has received multiple initial expressions of interest for a strategic stake in oil major Bharat Petroleum Corporation Limited (BPCL) from domestic and global bidders, for which the deadline was Monday.

The same day, the government also kickstarted the process of initiating an independent actuarial valuation of the Life Insurance Corporation of India, a necessary prerequisite for it to be listed on the stock exchanges. However, experts pointed out that the process is likely to be long-drawn, given the size of the insurer’s books, which will effectively push the listing to the next fiscal year.

The Covid-19 pandemic impacted the government’s attempt for strategic sale of firms like Air India, BPCL and Container Corporation of India. Lack of investor interest due to the uncertainties caused by the pandemic saw the government extending the deadline for expressions of interest for Air India and BPCL multiple times. It also made the terms for an Air India sale more attractive for investors. The revised deadline for submission of bids for Air India is 14 December.

While the government has conceded that it will be unable to meet its Rs 2.1 lakh crore disinvestment target, it is looking to get as close as possible. So far, it has collected slightly more than Rs 6,100 crore through offer for sale and initial public offer in three PSUs, and another Rs 11,000 crore through the Bharat Bond exchange traded fund.

Also read: Modi govt has run out of excuses to delay disinvestment — even stock market is ready

What happens next for BPCL, LIC

The government announced Monday that it had received multiple expressions of interest from global and domestic investors for BPCL. Now, it’s taking the sale process to the next stage.

Strategic disinvestment of BPCL progresses: Now moves to the second stage after multiple expressions of interest have been received. @PIB_India @FinMinIndia https://t.co/bDNx6gw3d2

The government also plans to divest at least 10 per cent of its stake in LIC through an initial public offering. But prior to that, it has to complete many steps, including amendments to the LIC Act to facilitate the listing and completion of  the valuation of the firm.

Global actuarial firms have to submit their bids till 8 December, after which the government will select the firm that will help LIC arrive at an embedded value — the present value of future profits to shareholders — which forms the basis of valuation of a life insurance company.

LIC has a market share of around 70 per cent and assets under management of more than Rs 30 lakh crore. Analysts peg the valuation of the insurer at around Rs 10-12 lakh crore, but this estimate could see a change once the valuation process is complete.

“Once the firm is finalised and they start the process, the valuation should not take more than two months. The data required is all online and compilation of data will not be a problem,” said Kamalji Sahay, former managing director and chief executive of Star Union Daiichi Life Insurance Company.

Sahay pointed out that the firm appointed will need an understanding about LIC’s business and will need to work closely with its actuaries and management to arrive at an embedded value.

“Embedded value is a notional figure. It is a statistical exercise and needs deep understanding of the sector. Future premiums can vary depending on death, surrender, lapsation, and other factors,” he added.

Sahay, however, added that the most important thing for the success of LIC’s IPO will be the appetite of the market. “It is going to be a huge issue and the market should have the capacity to absorb it. So the timing will be crucial,” he said. 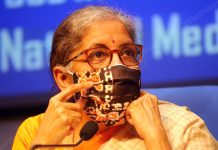 Next budget will have ‘vibrancy’ to ensure the economic revival continues, says Sitharaman 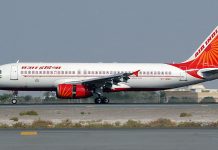 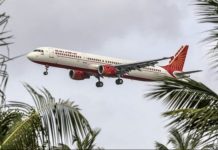