Banks are shutting down ATMs even as people use them more

The number of ATMs in the country shrank in the past two years despite an increase in transactions, Reserve Bank of India figures show.

Mumbai: Finding an ATM in India is getting tougher even as dependence on cash persists, thanks to tighter regulations that make it more costly to run the machines.

The number of automated teller machines in the country shrank in the past two years despite an increase in transactions, Reserve Bank of India figures showed Saturday. India already has the fewest ATMs per 100,000 people among BRICS nations, according to the International Monetary Fund. 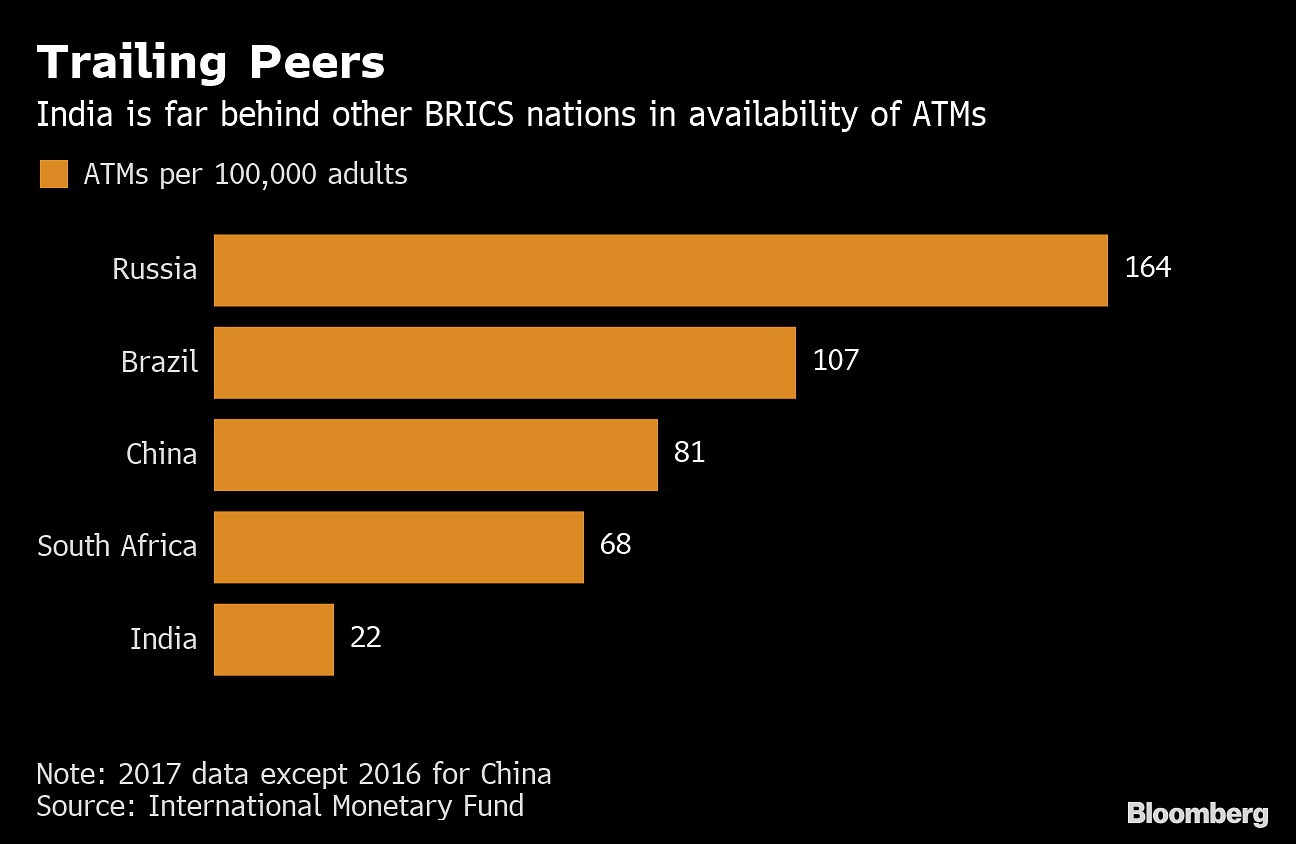 The drop may continue as banks and ATM operators struggle to absorb the cost of software and equipment upgrades mandated by the central bank last year to bolster security. That risks undermining Prime Minister Narendra Modi’s campaign of increasing financial inclusion in a nation where cash remains king less than three years after he pulled most banknotes from circulation.

“Declining numbers of ATMs will impact a large segment of the population, especially those who are socio-economically at the bottom of the pyramid,’’ said Rustom Irani, managing director at Hitachi Payment Services Pvt. Ltd., a provider of the machines. “Penetration in the country is already very low.” 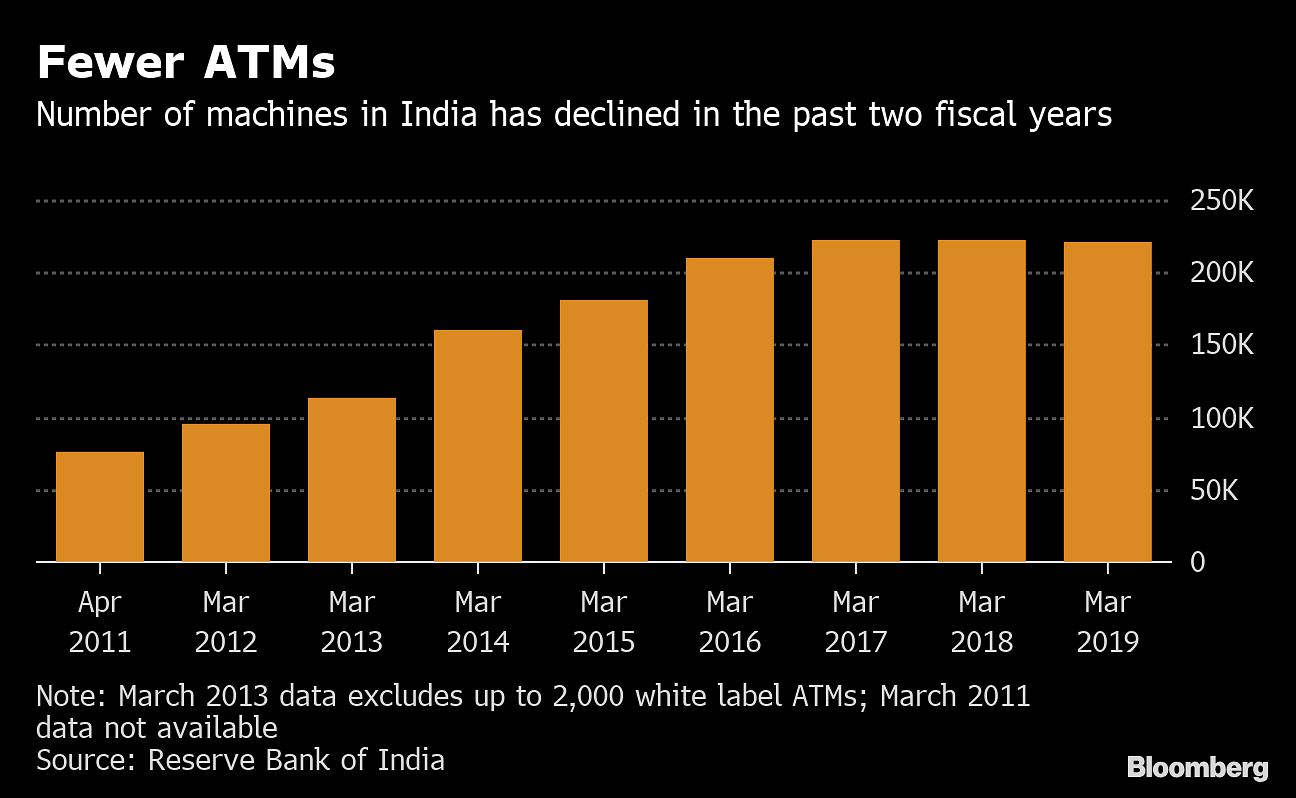 As security costs swell, ATM operators are being squeezed because the fees they rely on for revenue remain low and can’t rise without the approval of an industry committee. ATM operators – which include banks as well as third parties – charge a so-called interchange fee of 15 rupees to the lender whose debit or credit card is used for cash withdrawals.

“Interchange fees are the biggest factor behind muted growth of ATMs. They have to reflect ground reality,” said R. Gandhi, a former RBI deputy governor. “Banks are finding it cheaper to pay interchange fees to other banks rather than operating their own ATMs.”

Yet not everyone agrees that increasing fees is the solution. If they are raised, banks might pass the higher charges on to customers, according to R. Subramaniakumar, chief executive officer at Indian Overseas Bank.

Access to basic financial services including ATMs has become more crucial after Modi added 355 million people to the banking system since taking office in 2014. Many Indians opened accounts when the prime minister made 86% of banknotes illegal in November 2016. That boosted direct transfers of welfare benefits to people’s accounts, increasing reliance on ATMs. 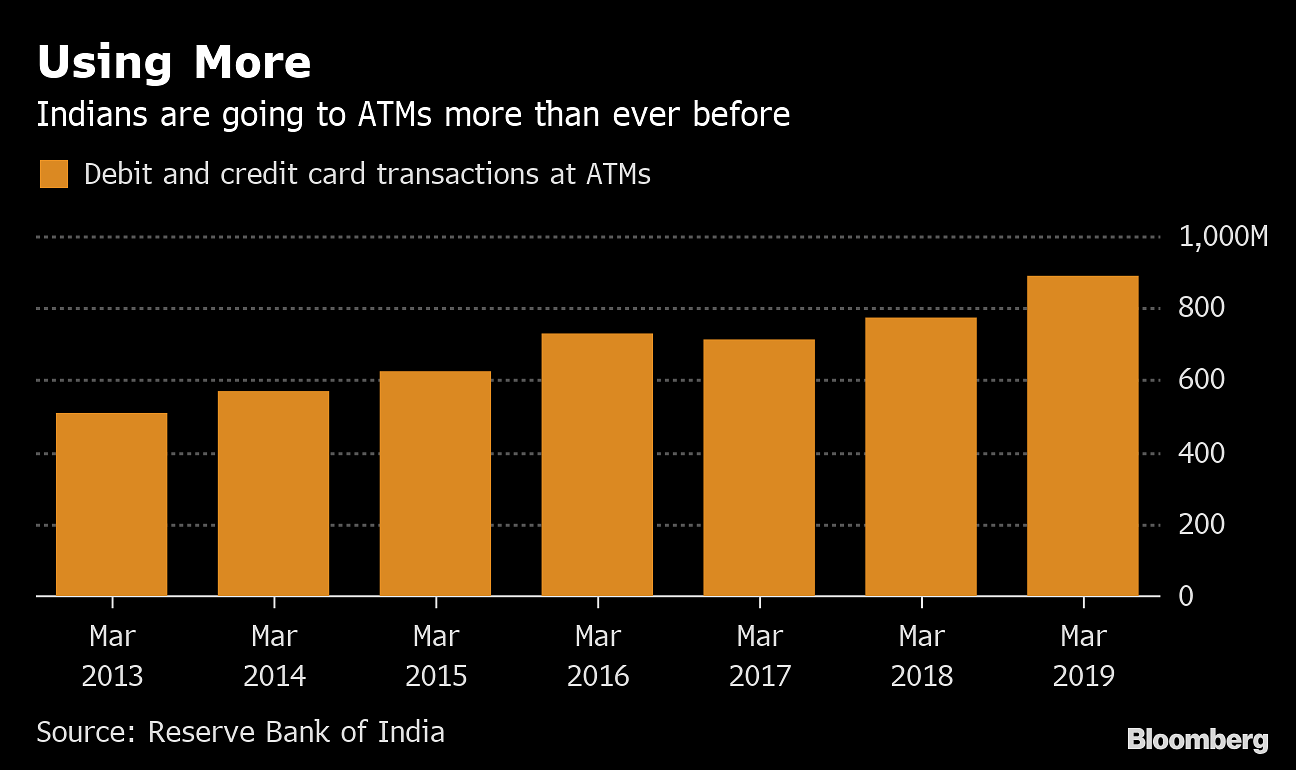 Branch rationalization by some public-sector lenders is another factor behind the drop in ATMs. State Bank of India cut 1,000 outlets in the first half of fiscal 2018 after acquiring five associate banks and a local lender.

Banks will rely less on branches in the future as digitization changes how the sector operates, said Dinesh Kumar Khara, a managing director at SBI. One in two ATMs are located at bank branches.

The declining number of ATMs is likely to further boost mobile banking, which is growing rapidly in a country with the world’s largest millennial and Generation Z populations. The number of mobile banking transactions grew 65 times in the past five years alone. 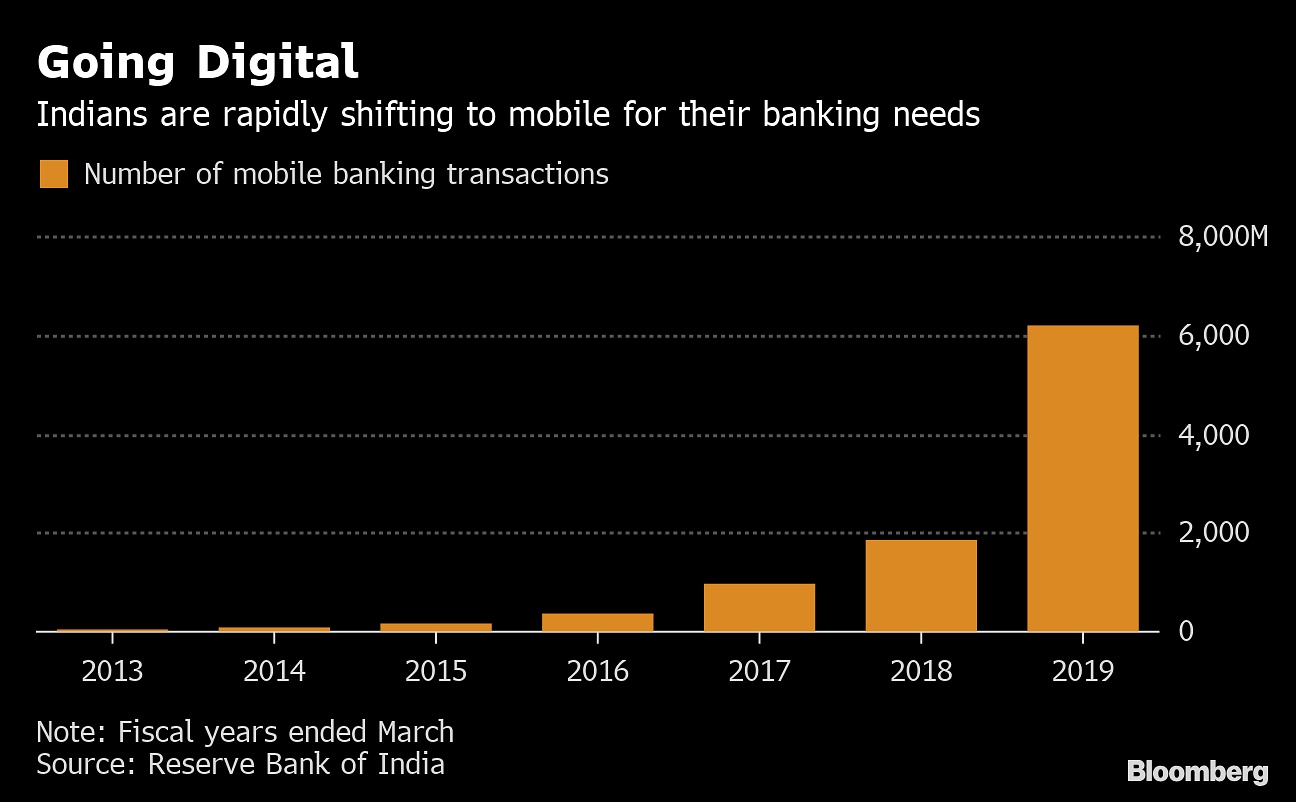 “People are shifting to mobile apps,” said Ashutosh Khajuria, chief financial officer at Federal Bank Ltd. “It’s too early to write an obituary on ATMs but it’s certainly declining. No one will invest in a declining proposition.” – Bloomberg

Also read: India’s fintech sandbox is on its way but RBI’s draft guidelines can limit benefits