New Delhi: The numbers of suspected Indian snooping targets appeared on the Pegasus list after Prime Minister Narendra Modi visited Israel in July 2017, said Omer Benjakob, the tech editor of Haaretz, an Israeli newspaper. Israel is the home country of the cybersecurity firm NSO Group, which has developed the spyware at the heart of a global scandal centred on alleged government snooping.

“In terms of the timeline, the first time we see targets in India in the leak… is the exact same month that Modi visits Israel [in 2017],” Benjakob told ThePrint’s Senior Consulting Editor Jyoti Malhotra in a discussion on the Pegasus expose Sunday. Israeli intelligence analyst Yossi Melman was also part of the discussion.

The Pegasus spyware was allegedly used to attempt snooping on several politicians, activists and journalists, among others, across the world. The revelation was made by the Pegasus Project — an international consortium of 17 media organisations — last month. The basis of the expose is a list of 50,000 numbers of potential snooping targets, who may or may not have faced a Pegasus injection on their devices.

The NSO Group, which has denied the allegations, claims to only license the software to law enforcement and intelligence agencies of “vetted governments”.

He alleged that Netanyahu was showcasing NSO’s technology and noted that there is a “correlation” between these visits and Pegasus targets.

The Pegasus Project revealed that the phone numbers of 14 foreign leaders, including French President Emmanuel Macron, were on the list. In India, the suspected targets of attempted snooping included Union ministers, Opposition leaders and 40 senior journalists and activists.

While countries like France and Hungary have ordered probes into the revelations, the Indian government has called them a “non-issue”.

Also read: Most voters may not care about Pegasus but data is individual sovereignty too

Melman, who has been part of the Israel Defence Forces, said NSO did not make “G2G (government-to-government) deals” but sold the spyware to local police and security forces in different countries.

However, he added, the purchases required approval from the defence ministry in Israel.

Asked if the Indian government would know if such deals were taking place, Melman said: “The government of India surely knows that its police forces and security forces purchase this tool. NSO knows what the tool is capable of doing and is promoting it as the most advanced spyware in the world.”

According to Benjakob and Melman, it is unlikely for any more information on Indian targets to come to light given that “the government is probably the client” of NSO.

Both experts explained that, at present, spyware is being used like arms deals, and Israel is incentivised to support such deals as it serves as “currency” at diplomatic levels.

“We are known for selling armaments left and right to dictators and unscrupulous leaders,” said Melman when asked if the Pegasus leak will hurt Israel’s global image.

Meanwhile, Benjakob pointed out that NSO is giving an edge to countries that don’t have spyware. “It’s very interesting to see who are not on the list [Pegasus leak] — Russia and America. My assumption is they don’t need NSO, they can do it themselves,” he said, referring to whistleblower Edward Snowden’s findings about the US National Security Agency’s surveillance.

Melman added that the only solution to such dangerous arms deals is for Israel to include democratic and human rights in its foreign policy.

According to a report by NPR, NSO said it has started temporarily blocking several government clients around the world from using its technology as the company investigates its possible misuse.

Benjakob said this is likely a response to the Pegasus scandal that has hurt NSO’s chances of going public given that it is valued at around $2 billion. “NSO is stuck between the government and what it wants to be,” he added. 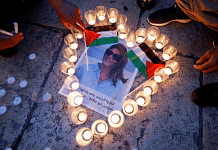 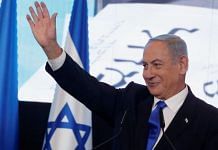 Benjamin Netanyahu has won elections, but Israel has lost the battle for its own soul 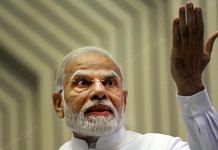