Jaishanakar, who is here on a three-day visit, said that despite the fact that so many things are changing in the world both before and as a result of the COVID-19 pandemic, India’s relationship with Russia has remained steady and contributed to global peace, security and stability.

“I think what makes our working together so natural and comfortable is our belief in a multipolar global order. We consider that to be a reflection of a very natural and inevitable process of evolution of inter-state relations in the 21st century,” he said at a joint press conference with Lavrov.

“Our time-tested and trust-based relationship is very much not just in place but remains very strong, continues to grow,” Jaishankar said.

He also expressed appreciation for Russia’s support to India during the second wave of the pandemic.

“Now India has become a partner of Russia in production and use of Sputnik V vaccine. And we believe that this is not only good for the two of us but it has positive implications for the rest of the world,” Jaishankar said.

“Much of our talks were to review the progress in different dimensions of our broad-ranging cooperation,”Jaishankar said.

“We made very good progress,” he said.

“A new dimension that has been added to our relationship is the agreement to hold 2+2 dialogue of foreign and defence ministers. We feel that we should do this sometime later this year,” he said.

“We are satisfied with the overall development of our relationship,” Jaishankar said.

“A lot of our cooperation is focused on space, nuclear, energy and defence sectors. The Kudankulam nuclear power plant project is on track and the concrete first port for unit five has taken place.

He said Russia is India’s original and strongest partner in the space sector.

“Energy cooperation has grown very significantly in the last few years which has been reflected through new potential investments and long term commitments we have agreed to in the field of oil and gas,” he said.

“Defence military-technical cooperation I would say industrial collaboration has been strengthened by Russian interest in the Make in India programme,” he added.

“Our defence military-technical cooperation, but, I would say, industrial collaboration has been strengthened by Russian interest in the ‘Make In India’ programme, which is very visible,” he said.

“Overall, our sense of economic cooperation and science and technology cooperation was very positive,” Jaishankar said.

They also discussed the situation in Afghanistan.

“Afghanistan occupied a lot of our attention because it has a direct implication on regional security. We believe that the immediate need of the day is really a reduction in violence and if you have to see within Afghanistan and around Afghanistan,” he said.

“It is important for India and Russia to work together to ensure that much of the progress we have seen in economic, democratic and social terms are maintained. We are both committed to an independent, sovereign, united and democratic Afghanistan,” he said.

Also read: India, China not in nuclear arms race, got them with different objectives: Jaishankar in Moscow 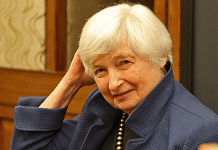 ‘US happy for India, can buy as much Russian oil as it wants’, says Treasury Secretary Yellen 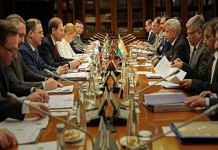 India can double down on ‘Hindi-Rusi Bhai Bhai’. China to EU, nations adopting its balancing act 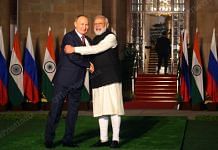