Washington: India has played a constructive role in Afghanistan in the past, the Pentagon acknowledged on Monday.

India has played a constructive role in Afghanistan in the past in terms of training and other infrastructure improvements, Pentagon Press Secretary John Kirby told reporters at his daily news conference.

That kind of work, that kind of effort to help Afghanistan maintain stability and good governances is always welcome, he said when asked about India-US cooperation on Afghanistan.

Responding to a question, Kirby said the United States continues to have conversations with Pakistani leadership about the safe havens that exist along that border between Afghanistan and Pakistan.

We are mindful that those safe havens are only providing a source of more insecurity and more instability inside Afghanistan. We are not bashful about having that discussion with Pakistani leaders, he said.

We are also mindful that Pakistan and the Pakistani people also fall victim to terrorist activities that emanate from that region. So, we all have a shared sense of the importance of closing down those safe havens and not allowing them to be used by the Taliban or other terrorist networks to sew discord, Kirby said.

And again, we’re having that conversation with the Pakistanis all the time, he added.

Defence Secretary Lloyd Austin, he said, shares the concern of the international community about the security situation in Afghanistan which is clearly not going in the right direction.

The secretary continues to believe that the Afghan Forces have the capability, they have the capacity to make a big difference on the battlefield, he asserted.

The other thing is we’re focused as we should be given the President’s direction, we’re focused on completing the drawdown by the end of the month and by transitioning to a different bilateral relationship with Afghan Forces that will be one of support, financial and logistical maintenance support from outside the country. That’s the focus, that’s what we’re driving at, he added.

Kirby said the Taliban have been making advances. No question. The Afghans have capacity. They have the capability. They have a capable air force, he said.

Also read: India and US must know the new Cold War is a different beast – China isn’t USSR 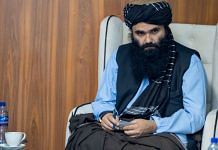 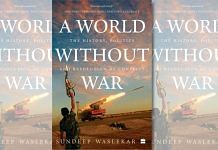 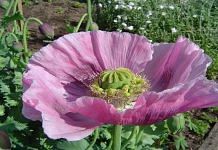