New Delhi: Defence Minister Rajnath Singh on Friday said that with changing times, the nature of threats and wars is also changing, adding that in the future, more security-related issues may arise before India.

Attending the Military Literature Festival-2020 via video conferencing, the Defence Minister said, “From another point of view, I find this event very important. With changing times, the nature of threats and wars is also changing. In the future, more security-related issues may come before us.” On the issue of military literature, the Defence Minister said, “I myself have been deeply interested in linking military literature with the common people. My wish is that future generations understand the history of our country, especially the border history.”

“Soon after assuming office, I set up a committee. It is working towards bringing our border history and its associated wars, to the people in a simple way,” he added.
Rajnath Singh further said, “The think-tanks associated with the Defense Ministry publish offline and online researches, journals and periodicals related to military, strategy, so that people interested in this subject can reach such materials.”

Talking about the benefits of the festival, Defence Minister said, “Here people can get the information related to the Army through books. By communicating with the officers and jawans, one can get to know about army personnel’s experiences. One can also learn about their systems of work.”

Speaking about the literature on nationalism, he said, “In our country, there is an old tradition of writing literature in the spirit of nationalism. Be it Hindi or Punjabi, or Gujarati, there have been writings in almost all languages that have awakened and developed a sense of love for country among people.”

“In ancient times, there have been scholars like ‘Chanakya’ who have written about warfare, which is still relevant in many respects,” said Defense Minister. -ANI 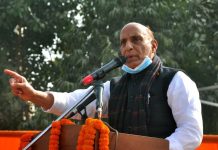 Try farm laws as experiment, amendments will be made if not beneficial — Rajnath to farmers 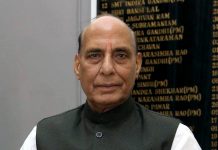 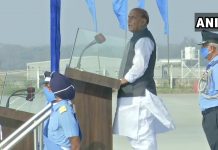