New Delhi: In a first, India has inducted two American drones — Sea Guardian, unarmed version of the deadly Predator series — into the Navy on lease under the emergency procurement in the backdrop of the tensions with China in Ladakh, ThePrint has learnt.

Even though the drones, MQ-9 Guardian/Predator-B, have been leased from an American firm, General Atomics, for a year for surveillance in the Indian Ocean Region, it could also be used in Ladakh, top defence sources said.

Sources told ThePrint the two drones, flying with Indian Navy logo, are under the full operational control of the force and it will have exclusive access to all the information that the drone will capture.

They added the only role of the American firm is to ensure availability of the two drones based on the contract signed.

This means that the Sea Guardians will be flown by Indian Navy personnel and all data acquired by the Unmanned Aerial Vehicle (UAV) will be the sole property of India.

The team from the US firm, which is currently in India as part of the deal, will only be doing the maintenance work for the two machines.

“The two drones are the unarmed versions and have been inducted into flying operations on 21 November at Indian Navy base at INS Rajali. The drones arrived in India earlier this month,” a senior officer in the know said.

This is the first defence system that has been taken on lease under the new Defence Acquisition Procedure 2020 introduced this year.

The only other defence equipment on lease is the Chakra nuclear submarine from Russia.

Drones have endurance of flying for over 30 hours

Asked if more drones could be brought on lease, a source said: “It all depends on the experience of these two drones. We are right now going to operate these two.”

Sources said the two UAVs, which have an endurance of flying for over 30 hours, have already been operationally deployed in the Indian Ocean. They also said the two drones will be flown extensively.

“The long endurance of the drones gives us a huge jump in our ability to track various things. We have been flying the P8I aircraft. These drones will now supplement the work done by the American aircraft and much more too,” a second source said.

Drone purchase from US

The Indian defence establishment is currently divided on the drone purchase from the US.

While earlier India was eyeing both Sea Guardians for the Navy and the armed Predator B for attack options, there is a growing feeling that both surveillance and attack can be done by the same drone only.

This is because of the prohibitive price involving the American drones. Earlier, 22 Sea Guardians were being priced at over $2 billion. The number for Sea Guardians was eventually brought down to just 12.

The US had in 2018 agreed to supply India the Sea Guardians, but the high cost meant that the process had slowed down.

Also read: China has become a major exporter of armed drones, Pakistan is among its 11 customers 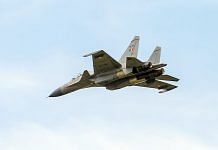 Dividing Indian Air Force would be regrettable. Balakot was demonstration of will and skill 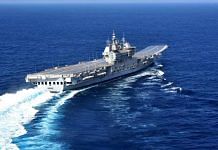 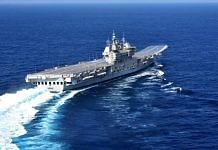