New Delhi: An Indian Navy warship will undertake a “passage exercise” with the Vietnamese Navy in the South China Sea from December 26 to 27 as part of efforts to boost maritime cooperation between the two countries, officials said.

The ship INS Kiltan has been sent to the country to deliver relief material for flood-affected people in central Vietnam and it will participate in the exercise on its return journey, they said.

The exercise is taking place at a time China has been expanding its military assertiveness in the South China Sea notwithstanding mounting global concerns and criticism.

“On departure from Ho Chi Minh City, the ship will undertake a passage exercise with the Vietnam People’s Navy in the South China Sea from December 26 to 27,” it said.

On Monday, Prime Minister Narendra Modi held a virtual summit with his Vietnamese counterpart Nguyen Xuan Phuc during which both sides vowed to boost overall defence and security cooperation including in the maritime sphere.

The Defence ministry said the disaster relief assistance sent by India to Vietnam is reflective of the deep people-to-people connection between the two friendly countries. It said the relief materials will be handed over to Vietnam’s central steering committee for national disaster prevention and control.

More than 230 people have died in central Vietnam due to floods that have ravaged the region during October and November this year.

Vietnam, an important country of the ASEAN (Association of Southeast Asian Nations), has territorial disputes with China in the South China Sea region.

India has oil exploration projects in the Vietnamese waters in the South China Sea.

China claims sovereignty over all of the South China Sea, a huge source of hydrocarbons. However, several ASEAN member countries, including Vietnam, Philippines and Brunei, have counter claims. 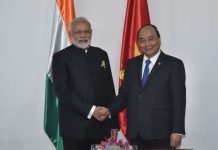 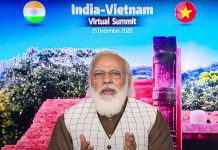