New Delhi: India’s indigenous defence manufacturing acquired a new feather in its cap Friday as the Defence Research and Development Organisation (DRDO) successfully tested the new-generation anti-radiation missile, called RUDRAM, on a radiation target located on Wheeler Island off the coast of Odisha.

The reason RUDRAM was tested off a Su-30 is because the jets constitute the largest fighter fleet in the IAF, and have a carrying capacity second only to the newly-inducted Rafales’.

Also Read: ‘Like lighting a match in cyclone’ — Beauty of India’s hypersonic flight tech is in its engine

According to a statement released by the DRDO Friday, RUDRAM is the first indigenous anti-radiation missile of the country, and has the capability of varying ranges based on launch conditions.

In its test Friday, the DRDO said, the RUDRAM hit the radiation target with pin-point accuracy. “The missile is a potent weapon for the IAF for Suppression of Enemy Air Defence effectively from large stand-off ranges,” it added.

DRDO sources said the missile will undergo more tests before its eventual induction in the IAF.

Also Read: The SMART torpedo system and why DRDO is calling it ‘game changer’ in anti-submarine warfare

What is an anti-radiation missile?

An anti-radiation missile can take out designated targets that emit radio frequency, including radars and jammers.

An IAF officer explained that an anti-radiation missile homes in on to the target radar and heads towards it, hits it, and destroys the enemy’s ability to launch a surface-to-air missile.

The missile is fed with various types of frequencies and relevant electronic information gathered from surveillance missions. Signals intelligence operations are carried out, during peacetime as well as wartime, with the help of special aircraft and aerial platforms, to detect different sources of transmission and their location.

The data captured is then subject to a detailed analysis to identify and classify the type of equipment that has been located.

This data is then fed into the anti-radiation missiles, and leads it to the designated radiating target.

“Being a passive seeker (missile is not radiating on its own to pick up the target at any stage) and launched from long stand-off ranges of 100-150 kilometres, it does not warn the enemy of the intended threat,” the officer said.

‘Can dictate the results of a war’

Many in the IAF say anti-radiation missiles can “dictate the results of war”.

A second IAF officer said radars are like the “eyes and ears” of an air defence system and taking them out can render an enemy incapable of detecting foreign aircraft.

“During a war, the goal of an air force would be to dominate the airspace. To prevent that from happening, surface-to-air missiles are deployed, so that the air force doesn’t have the ability to operate in the area in which the missile system is located,” the officer added. 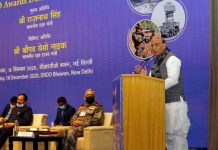 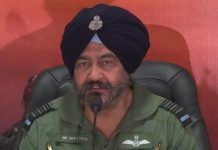