New Delhi: Amid the ongoing India-China stand-off in Ladakh, the Defence Research and Development Organisation (DRDO) is preparing for yet another missile test — an 800 km-range subsonic ‘Nirbhay’ cruise missile — which is likely to take place by the end of October or in early November.

This test is likely to be the last trial before the ‘Nirbhay’ missile is inducted formally into the armed forces.

Since September, the DRDO has carried out multiple missile tests. The first test was that of the Hypersonic Technology Demonstrator Vehicle (HSTDV) on 7 September, and its success paves the way for missiles that can travel at six times the speed of sound, making India the fourth country in the world after the US, China and Russia to develop such technology.

This was followed by a test of the nuclear-capable ‘Shaurya’ missile on 3 October, and the supersonic missile-assisted release of a torpedo on 5 October. The ‘Shaurya’ missile is now ready for induction into the Strategic Forces Command (SFC), which handles India’s nuclear arsenal.

In the interim, a different version of the in-service surface-to-surface supersonic cruise missile Brahmos was also tested on 30 September. The DRDO has also carried out other tests, including one for the indigenous Anti-Tank Guided Missile (ATGM), besides a host of others.

Asked whether the back-to-back tests were part of the messaging towards China, sources explained that some of the tests were planned for earlier but got delayed due to the Covid pandemic, while in some cases the tests were scheduled for now.

“The missile tests were held up due to the Covid pandemic, even though the labs were working round the clock. These tests show that the DRDO is back to business as usual,” a DRDO source said.

Also read: What’s a hypersonic missile India is building and how it is different from other missiles 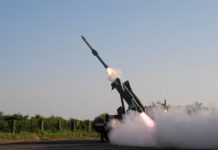 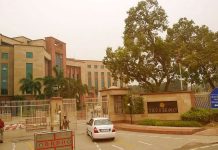 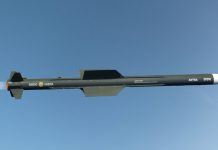