New Delhi: The Army is in the process of procuring an unspecified number of anti-drone systems that will detect and jam the communication and navigation signals of a hostile unmanned aerial vehicle (UAV) or spoof it.

Top defence sources told ThePrint that a majority of these systems will only have the jamming feature option, which can disrupt the communication or navigation signals of a rogue drone. The others will be of a more advanced configuration, which will also be able to spoof a UAV.

Jamming by an anti-drone system refers to the disruption of the communication signals of a rogue drone and its control station. Spoofing means engaging with all classes of drones and taking active control of them to either make them forcibly crash land or to abandon their mission.

According to the sources, the procurement process for the first set of anti-drone systems is at an advanced stage and an order is expected to be placed shortly. About four to five companies had sent in their bids. They added that this fast track process was likely carried out under the provisions of the emergency procurement powers that were granted to the services last year by defence ministry.

The purchase process for the second set of anti-drone systems has just begun with the floating of a restricted RFI (request for information).

The anti-drone systems set to be procured by the Army will be different from the ones the Indian Air Force sought to buy recently.

While the ones that the Army is seeking to buy will have this “soft-kill” option, which means they will be able to jam the communication and navigation signals of a hostile drone, the ones sought by the IAF might have both the soft kill and the “hard kill” option, the latter meaning the physical destruction of the drone.

The services’ procurement of the anti-drone systems is significant in the backdrop of a first-of-its-kind attack at the Jammu air base, where two low-intensity improvised explosive devices were dropped from a drone, exposing chinks in the country’s security apparatus with regards to such new threats.

ThePrint reached the Army for a comment on the matter, but did not receive a response till the time of publishing this report.

What the anti-drone systems will be capable of

The first set of anti-drone systems will have features to detect and jam the communication and navigation signals of hostile drones — also those dependent on Global Navigation Satellite System such as GPS, GLONASS, BEIDOU, IRNSS — in ranges of up to 10 kilometres.

They should be GIS (geographic information system)-enabled and have an inbuilt navigation system. They will carry out reconnaissance to detect, identify and track hostile drones before jamming them. They should also be able to engage multiple drones within a certain frequency band.

The second set of anti-drone systems with additional spoofing capabilities will be able to perform a variety of functions against rogue drones — search, detect, jam and spoof them, over a range of 20 km.

Defence sources said that these drones should be suitable for deployment anywhere, particularly in high altitude areas and mountains.

Anti-drone systems detect and intercept hostile drones and unmanned aerial systems, which can be used for intelligence gathering or smuggling contraband, or to deploy explosives.

They are deployed to protect military bases, airports, critical infrastructure and other important sites.

Also read: Why countering ‘low-tech drone terror’ is going to be a big challenge for India 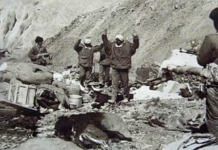 The roots of the Depsang conflict lie in the 1962 war 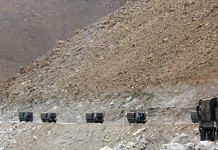 In switch to EVs, the Army must read the US’ hybrid script—Abrams to Stryker 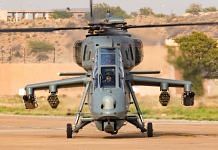