RSS chief Mohan Bhagwat has been facing the ire of the Hindu Right for suggesting that Hindus and Muslims share similar DNA, which is being viewed as an olive branch to Muslims, reports Shankar Arnimesh.

A vendor from the fringe Right-wing outfit Hindu Sena has been selling vegetables and fruits at one-third of the market price to fight alleged overpricing by Muslim vendors or what he terms as “mehengai jihad“, reports Shubhangi Misra.

A Pakistani friendship meme broke the internet. Now it makes a new record

In 2015, one Asif from Pakistan announced his breakup with “best friend” Mudasir via a Facebook post. What followed was one of the most viral memes on friendship that started with three friends but then turned ugly and famous, writes Naila Inayat in ‘Letters from Pakistan’.

While she started on the wrong foot, Finance Minister Nirmala Sitharaman has carried out a clean-up act by bringing expenditure that was previously off the books into the Budget and speedy tax refunds, writes T.N. Ninan.

Don’t burden Delhi-Washington ties with Afghanistan, or issues like democracy under Modi

Both India and the US face many problems. But the US-India partnership is not meant to fix most of them, other than the one overwhelming joint challenge of Pakistan, writes Rajesh Rajagopalan.

Only 15% Indians know about Pegasus. But once aware, their distrust of Modi govt grows

An all-India survey by Prashnam revealed that only 15 per cent Indians were aware of the Pegasus hacking scandal. But among those who know, distrust of the Narendra Modi government is quite high, writes Rajesh Jain.

Indian hockey has always been the game of the underdogs and every hockey team has reflected widespread diversity in terms of caste, religion and ethnicity — more than any other sport in India. This shows that a sport, or a nation, will prosper with growing inclusivity, writes Shekhar Gupta in ‘National Interest’. 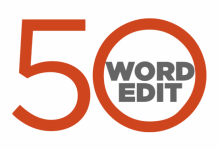 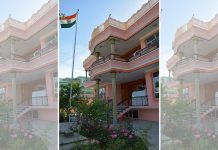