A selection of the best news reports, analysis and opinions published by ThePrint in the last 24 hours.

No country for dissent

Read Rupa Subramanya’s take on why she believes the space for non-partisan voices, including hers, is fast shrinking in India’s discourse.

Goodbye for Kocchar, but not the end of an era for Indian women bankers

As ICICI Bank board sends its chief executive Chanda Kochhar on leave till the completion of an independent probe into allegations of conflict of interest against her, Manasi Phadke looks beyond the gloom of celebrated women banking heads stepping aside, either amid controversies or just plain retiring. In this piece, she writes about why this should not be considered an end of an era for women in the top echelons of banking.

Sandhya Ramesh brings to our readers details of ISRO’s plans to offer an eight-week training programme to students from 45 developing countries that will equip them to build small satellites.

Why Salman is more than just an actor

As Salman Khan’s Race 3 opens to poor reviews, Sandip Roy writes on how Salman Khan is “beyond Best Actor and Worst Actor”, and why most of the country still faithfully watches and enjoys his Eid releases, least worried about his Google results.

As Jammu and Kashmir goes under governor’s rule yet again, ThePrint’s video offering recalls the history of such rule in the state. Watch the video to refresh your memory on the various circumstances under which governor’s rule was imposed in the state in the past and who the governors were then 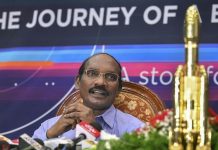