IAF assets are few, but it has speed, flexibility on its side. Theatre commands can limit it

It seems India is in a hurry to establish theatre commands without having the concept clear. Not just the IAF, all stakeholders need to first assess their assets, writes Suryakant Chafekar.

The week-on-week growth in Covid-19 cases is beginning to show a slight uptick in Maharashtra, Kerala, Andhra Pradesh and Delhi. This makes it a good to time to impose more restrictions to prevent an explosion of cases, Bhramar Mukherjee, the John D. Kalbfleisch Collegiate Professor of Biostatistics at the University of Michigan, tells Abantika Ghosh.

A yet to be peer-reviewed study by Oxford University has found that delaying the second dose of the AstraZeneca vaccine (Covishield in India) by upto 45 weeks could enhance the human body’s immune response. Angana Chakrabarti reports.

Pew Research Center’s recent study suggests that Indians respect all religions and adherence to nationalism is celebrated as a religious virtue. An imaginary dividing line between religion and politics is also drawn. But Hindu religiosity is expressed in a sophisticated language of nationalism. This begs the straightforward question: how does one explain India’s national identity on the basis of these conflicting statistical survey-based findings, writes Hilal Ahmed.

In all likelihood, Rahul Gandhi is as smart, hardworking, and creative as his supporters say  he is. But unfortunately, all that matters is that a negative perception of him has already been set in the eyes of the public, writes Ameya Karnad.

Why have Modi’s rivals failed to challenge him? This survey of Indians’ religiosity has clues

Many answers lie in the contradictions thrown up by a recent PEW survey. What it shows is that unity is not uniformity. It could also be a handbook for the opposition as it struggles to understand why its message of secularism doesn’t have many takers, writes Shekhar Gupta in this week’s National Interest. 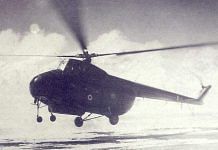 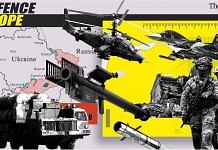 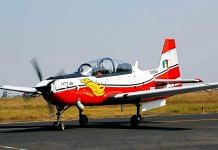